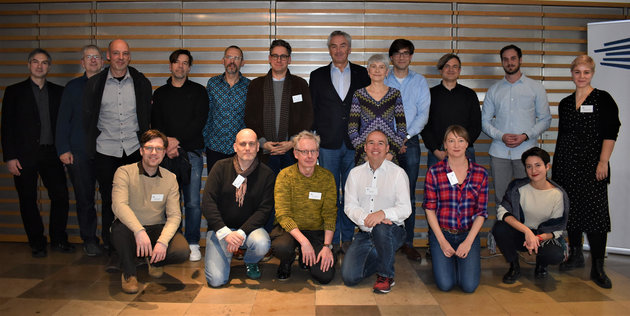 The network of Hessian film and media studies

The Hessen Film and Media Academy (hFMA) was founded in October 2007.

The film and media network’s mesh is becoming ever closer with every project. The connected universities hold onto their teaching autonomy while they profit from cooperation. The hFMA functions as a moderating party between students, professors and external industry partners, for ideas that lead beyond the boundaries of their own institutions, as a catalyst for bringing together interdisciplinary approaches and as a coordinator for their joint projects.

And not least it is a cross-media practice, one that views film and media education as a whole and adapts it according to the demands of the times – following our motto: Better never stops!